Sideways is out now!

This single, Sideways, is the second collaboration between The Strange Algorithm Series and Danny Dearden, and is out on all major stores!

Their first track together, “All That I Got” released last year, got played in several clubs across the UK, was supported by many DJs and got playlisted on Filtr (world’s leading third party playlist service with +16 million listeners) (“All That I Got” media placements here). Now they’ve decided to focus on a more commercial style, without loosing their roots.

Sideways has the best of two worlds! It has the sweetness of EDM and the deep and sentimental pop vocals. This catchy groove will make you dance!

You can grab it at iTunes, Amazon Music (including other major stores http://smarturl.it/Sideways2017), or listen at Spotify and Tidal. 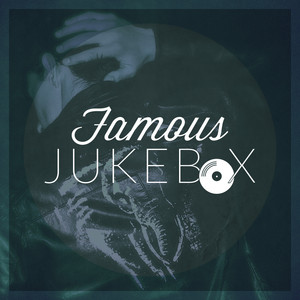 Sideways is the latest addition to “Famous Jukebox” playlist by The Famous Company. They are an expert artist development, press & PR agency for the music industry, one of the big music agencies in the UK.

The Famous Company has a music blog and a Spotify playlist (The Famous Jukebox, mentioned above), where they pick ten new artists each week and promote them across all socials.

Go to the playlist here: http://open.spotify.com/user/thefamousco/playlist/3scdNwh8J1MaEFPsYDcDJm

Sideways is playing in a couple of radio stations, some in their “A lists”. Here’s a few:
Top FM, a radio station based in Aveiro, Portugal, started is playing “Sideways” daily. This station is dedicated to music, entertainment and culture for the youth generation. You can listen to Top FM at 95.9 FM, Aveiro and several other regions of Portugal or online at: http://www.topfm.pt (click in “Ouvir Rádio”). You’ll hear Sideways a couple of times daily! Top FM (PT): Website | Facebook | Twitter

CSR, radio station based in Canterbury, England, aimed for youth generation of students and individuals, playing music 50% of the time, included Sideways as well, in their A list. CSR 97.4FM (UK): Website | Facebook | Twitter

In addition, you can watch the lyric video of Sideways, which was recently uploaded. Sing along this great future-bass/chill-trap song and enjoy the animations!

The Strange Algorithm Series (TSAS abbreviated) comes from a series of genetic modifications that gave origin to a being, Dino, an electronic music producer.
View all posts by tsasproject →